As promised, a selection of photos from my time at Byrd camp. 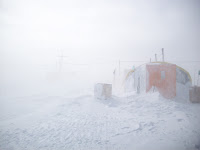 A white-out on my first morning at Byrd. Note the clear skies above. 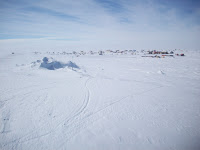 Byrd camp from the small hill beside it. 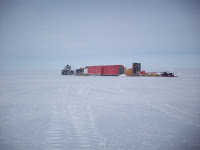 One of the tractors of the Pine Island Glacier camp traverse setting off to drive in a straight line for ten days at 6mph. 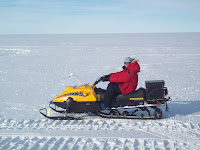 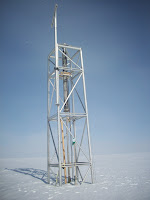 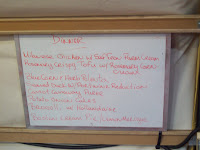 My favourite meal, especially the duck! 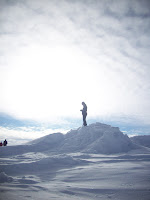 One of the snow mounds on the hill behind Byrd camp. 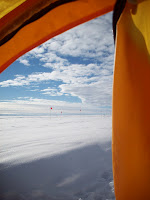 The view from my tent. 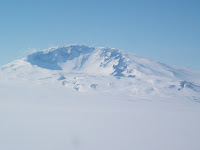 Mount Sidley, one of the volcanic nunataks in West Antarctica: on the way to one of the seismic sites. 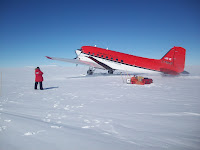 The beautiful Basler (the plane, not the person). 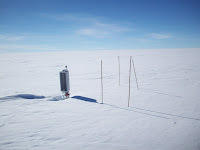 The seismic site at ST09 before we started digging... 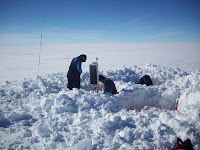 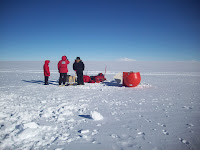 Waiting for the plane home from site ST09. 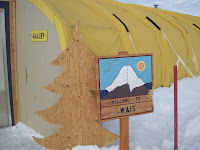 Oops, we landed at the wrong camp. We spent the night at WAIS divide as the weather was too bad to land at Byrd camp. 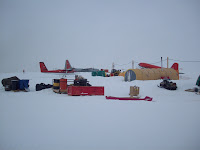 Three planes at Byrd! The Twin Otter, the Basler, and a Hercules which was passing through. 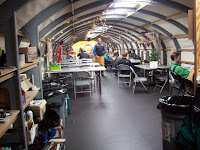 The galley at Byrd camp. 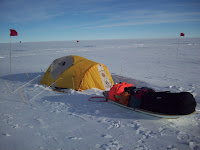 My tent and gear, all packed up to head home. 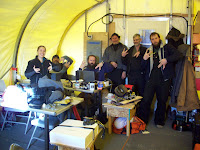 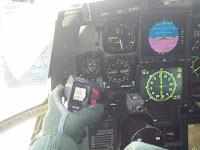 A pilot's-eye view on my Hercules flight back to McMurdo. My seat was just behind the pilot, but they only made me sit down when we were 1000 feet off the ground so I got to see all the action on the approach to McMurdo. 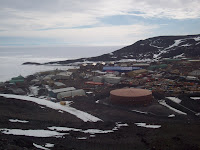 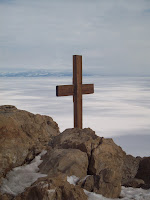 The cross, dedicated to Scott's team, on Observation Hill. 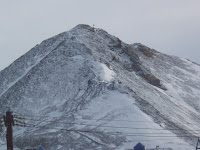 Observation Hill after the snowstorm which blew through hours before I was due to leave. 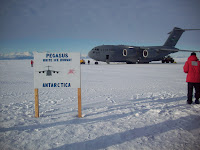 A very picturesque runway!
Posted by Pippa at 09:17